I love learning how “hot topic” companies like Drybar operate, but I’ve found that a lot of the time, the execution in-store falls short of what their cute branding promises. For a special event last week, I got the Mai Tai and it was not quite the cute free wavy look I was hoping for.

On Drybar’s website, they have a menu of styles you can choose from. There weren’t many photos on the site, but I chose the MaiTai. This was a photo from their Instagram so I went in with this as the expectation. 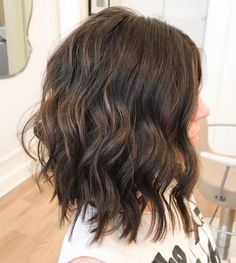 I arrived early and was offered a drink, but the woman who did my hair was quiet and mumbled a lot. As a first timer it was difficult to understand all of the decisions she was asking me to make on the spot when she wasn’t speaking up. I had to choose between one or two shampoos (I didn’t even know two shampoos was a thing?) and conditioner on the ends or my entire head. I couldn’t hear her so I had to ask twice for her to speak up.

After washing and a mini scalp massage, the stylist took my back to the chair and began to work in silence. It took 37 minutes from the time my appointment began until we were finished. There was a movie on the TV so it went pretty quickly.

I’m not entirely happy with the results. The front ended up being VERY big curls while the back is much smaller little curls/waves. The MaiTai is supposed to be loose beachy waves with straight ends, but that was not what I got.

The worst part was that they managed to make little rats nests at the ends of my hair.

There were also SO MANY fly aways. I went in with my usualy straight hair and it was all over the place by the time I’d left. In the end it looked like the Cosmo or the Old Fashioned styles they do!

I complained to their customer service because I left with split ends from the rats nests. They were super nice and set me up with a free appointment to head back.

Have you been to Drybar? What was your experience like?